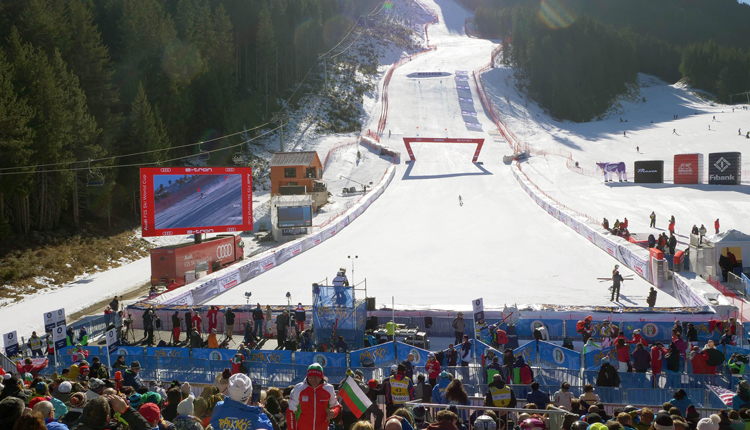 Bulgaria's benefit from the Audi FIS World Cup in Bansko

The Audi FIS World Cup Bansko 2020 is already history, but Bulgaria still benefits from the starts.

The races in Pirin mountain have been shown in more than 40 countries all over the world, even where people do not practise winter sports. The sensation caused by the double victory of the American superstar Mikaela Shiffrin and the Italian hattrick by Elena Curtoni, Marta Bassino and Federica Brignone has been seen and commented around the globe.
By the end of this winter season over 1 billion people will read about Bansko, which is a worldwide advertising product for which the Bulgarian state has paid exactly BGN 1.2 million.

Mikaela Shiffrin's photos from Bansko on Instagram have been liked around 500,000 times. Petra Vlhová's pics got 250,000 likes and those of Ilka Štuhec and Tina Weirather got also nearly a quater of a million approvals. In the social media profile of FIS, where photos generally get around 30,000 likes, there was also a lot of excitement about Bulgaria.

The pics taken by the athletes, guests and media generated around 400 million views, likes, comments and reactions on social networks. To achieve such a penetration on media a company like Coca-Cola spends around USD 50 million. Thus for the little more than BGN 1 million, which Bulgaria has spent for the races in Bansko, the state got advertising for around 80 million.