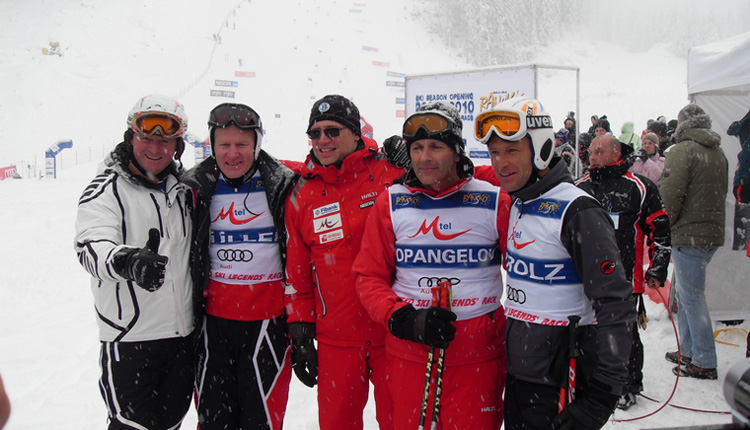 One of the greatest skiers of all time will launch the ski season in Bansko - this is already an established tradition.

Olympic and World Champion Patrick Ortlieb from Austria will kick off the 16th Winter Campaign in Bulgaria’s best winter resort on December 15th, 2018. The 51-year-old former downhill phenomenon returns to Banderishka Polyana after opening the season here in 2009. "I want to congratulate you for the amazing things you have achieved in Bansko," then he said. Now he is returning to the small town under Todorka Peak and he will also bring a gift for the Ski Wall of Fame in the cult bar Happy End, that has already turned into a museum.

Ortlieb won Olympic Gold in 1992 in Albertville, where he triumphed in downhill - his favorite discipline. Four years later he won the FIS Ski World Championships in Sierra Nevada, where he was fastest in the downhill as well. Since 1988 he has 4 first places in FIS World Cup races, he stepped 20 times on the podium and he qualified 60 times in the top 10. Ortlieb finished his glorious career in 1999 due to an injury at the legendary slope "Streif " in Kitzbühel. Subsequently he entered politics as a member of the Austrian Parliament representing the far right National Party. Nowadays he is a businessman and owner of the 4-star hotel Montana in the Alpine resort Lech.

In the picture: Patrick Ortlieb at the season launch in Bansko 2009 accompanied by Peter Müller, BFSki President Tseko Minev, Petar Popangelov and Hubert Strolz (from left to right)