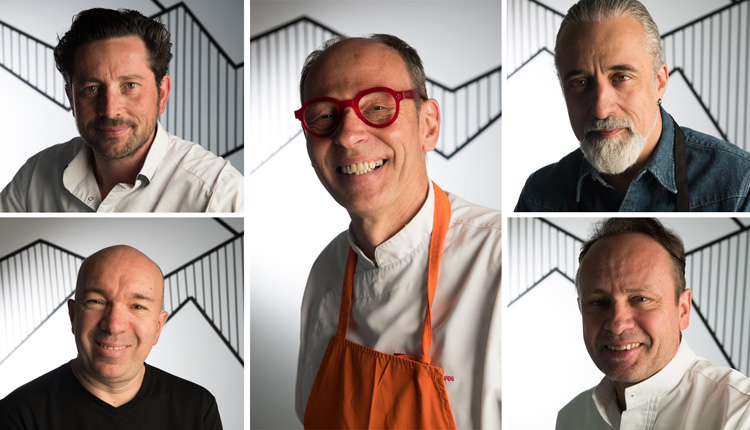 Kempinski Hotel Grand Arena Bansko will surprise gourmet lovers with a culinary event like Bulgaria has never seen before at the fine dining Come Prima Restaurant on 20th and 21st of March.

Five legendary chefs with a total of nine Michelin stars will show their passion and cook some of their top dishes. The masters will put on an incredible cooking show in the open kitchen of the Mediterranean restaurant which is not to be missed. The top chefs will be serving an exquisite six-course menu on both Friday and Saturday nights. Each of the five chefs will prepare one course and the sixth course will be created by all the chefs as a team. The dinners will be completed with top French and Italian wines and champagnes courtesy of long-time hotel partner BNK company, a local market leader and importer of Europe’s most valuable brands. At lunch on 21 March the chefs will demonstrate their master skills in the VIP Room restaurant located on Banderishka polyana next to the ski slopes.

Kempinski Hotel Grand Arena Bansko will continue the culinary tradition of organising theme dinners at the Mediterranean restaurant Come Prima, dedicated to different national cuisines. The concept of a culinary journey around the world was launched one and a half years ago and so far the hotel has spoiled its guests with the tastes of Tuscany, France, Spain, Switzerland, Sardinia, Russia, Bulgaria, Malta and Japan. The culinary magic continues on January 18th with a new Tuscany evening, followed by a seafood dinner on February 22nd and a modern Bulgarian night on March 7th.

If you want to become part of this unique culinary show, book your stay or only dinner HERE.