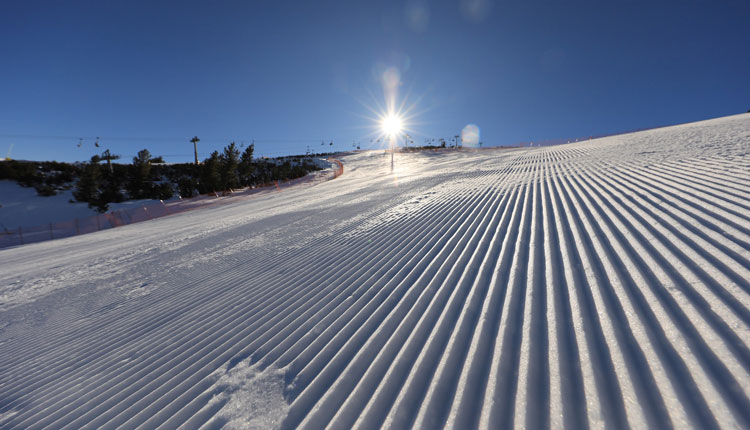 The current Olympic ski champions are coming to Bansko

Bansko will host starts for Audi FIS Ski World Cup from January 24th to January 26th. 57 athletes from 14 nations are coming to Bulgaria's Best Ski Resort. They will compete twice in Downhill (DH) and once in Super G. Among them are the current Olympic champions in all disciplines from PyongChang 2018 and the World champions from Are 2019. This was announced at a press conference of BFSki (Bulgarian Ski Federation) participated by Mr. Tseko Minev, President of the federation, his deputy Mr. Georgi Bobev, Mr. Victor Gichev, Race director of Audi FIS Ski World Cup Bansko 2020 and sponsors of the biggest sporting event in Bulgaria for 2020. We are expecting the winner of the Big Crystal Globe Mikaela Shiffrin, who is also current Olympic and World champion, Italy's best female skier in the fast disciplines Sofia Goggia, the winner of the women's combined event at the 2018 Winter Olympics in Pyeongchang Michelle Gisin (Swiss) and many more. Downhill gold winner from Are 2019 Ilka Štuhec (Slovenia) is also coming to Bansko.

Esther Ledecka, the only active athlete to win gold medals in two different sports during the same Olympic Games (she won in Pyeongchang in skiing the Super-G title and Parallel Giant Slalom in snowboarding) arrives in Bansko on the 19th of January. 2 years ago she won here the parallel giant slalom. 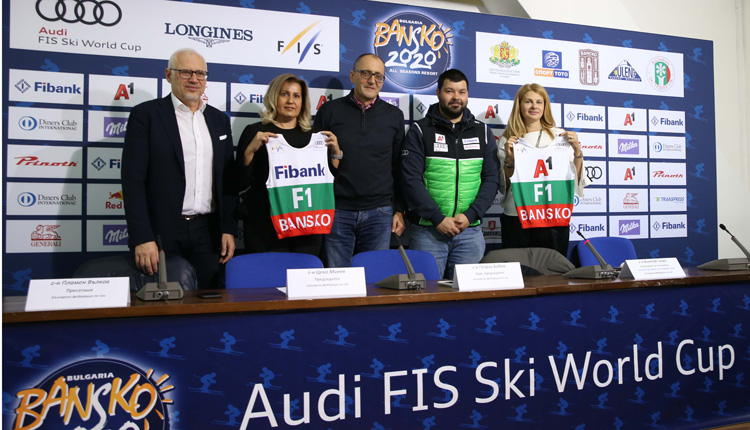 "Once again, we are facing a serious challenge, such as the World Cup", Mr. Minev told reporters, "We have two races in Downhill and one in Super-G. All teams are working full steam ahead on the track and we hope everything goes according to plan. The presence of all the big stars in skiing in Bansko means that the interest in the starts is very high, because 300 World Cup points are in the game, which at the end of the season might be decisive for winning the Big Crystal Globe. The interest from media and TV stations is very high and the starts will be broadcasted live all over the world. During the womens racing weekend in Bansko are the mens competitions in Kitzbuehel, so figuratively speaking the whole world will be watching skiing during this weekend."

"The preparations are in their final stage. We expect a huge spectators' interest. We have made great organization with Bansko Municipality and the the authorities so everything is perfect and the competitions will be successful. For the days of the competition a very attractive program has been prepared for all the guests of the resort. Everybody is invited to the official ceremonies at the Bansko Square. We have many innovations and I am sure everyone will enjoy them. Once again Bansko will be the center of the world of skiing in the days between January 24th and 26th," Georgi Bobev told reporters. 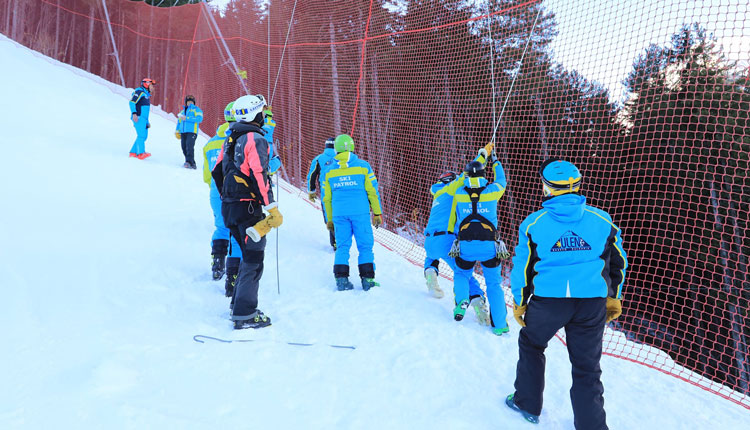 Race director Victor Gichev said the preparation of the track started on January 9th and runs according to plan. "There is enough technological snow in Bansko to meet the standards for conducting World Cup competitions. We are done with the icing of the slope. The water we used was very well absorbed in the snow due to the cold weather and we have around 40 - 50 cm of snow cover now. In the coming days I hope we'll increase it up to 80 cm. The safety nets are already being installed on the route and by the 19th we should be ready. We'll start testing the track on the 20th with the Junior National Team of Bulgaria, which will be a great benefit for them, because this will be a very good training for the upcoming Junior World Championships to be held in Narvik. Everything is ready and will be on top level," Victor Gichev told reporters.

Bulgaria's Best Ski Resort Bansko and Canada's Lake Louis are the only 2 resorts to host 3 World Cup speed disciplines during this regular ski season.
25 TV stations from all over the world will be broadcasting live or on record the races in Bansko. So far 100 journalists from 10 nations have been accredited and the starts will be filmed with 28 cameras.