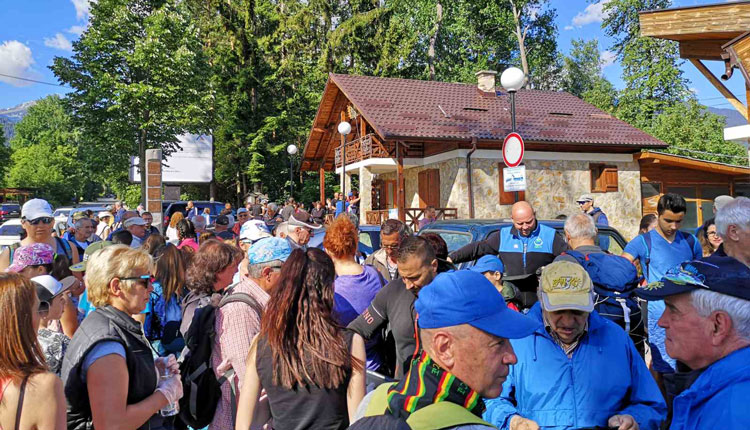 About 180 volunteers from Bansko Veterans Sports Club-Bansko collected waste on June 20th, 2020 in the area between the bottom station of the gondola lift and Chalin Valog.
The administration of Pirin National Park had provided about 150 garbage bags which the volunteers filled with waste between 9 and 12 o'clock. The garbage was then transported by representatives of the National Park and handed over to the competent institutions for processing.

"More and more people are turning nature conservation and preservation into a personal cause. This year about 15 children from the Biathlon Club joined us. We also had international support - a dozen Russians and 2-3 Britons living in Bansko also helped", secretary of the Bansko Veterans Sports Club Mrs. Emilia Dragossinova said.

Such actions have been organized during the last 8 years. According to some volunteers the garbage in nature is becoming less and less. This is due to the fact that the guests of Bansko are becoming more aware and protect the environment. But big environmental initiatives contribute as well - in 2018 the concessionaire "Ulen" stopped the usage of disposable plastic products in all restaurants in the ski area.